Student Reviews of the HP 14 Chromebook

For the third week in a row, the same two Leyden students have been using one of the new Chromebooks that recently hit the market.  During the first week, it was the HP 11.  In the second week, it was the Acer C720.  This past week, they were using the HP 14 as their primary device.  One of the goals is to use their feedback to help the district make informed decisions as we discuss when, why, and how to refresh our fleet of 3,500 Chromebooks in our 1:1 teaching and learning environment.  We are currently in year two of using the Samsung Series 5 devices.  Here are the students' comments about the HP 14. 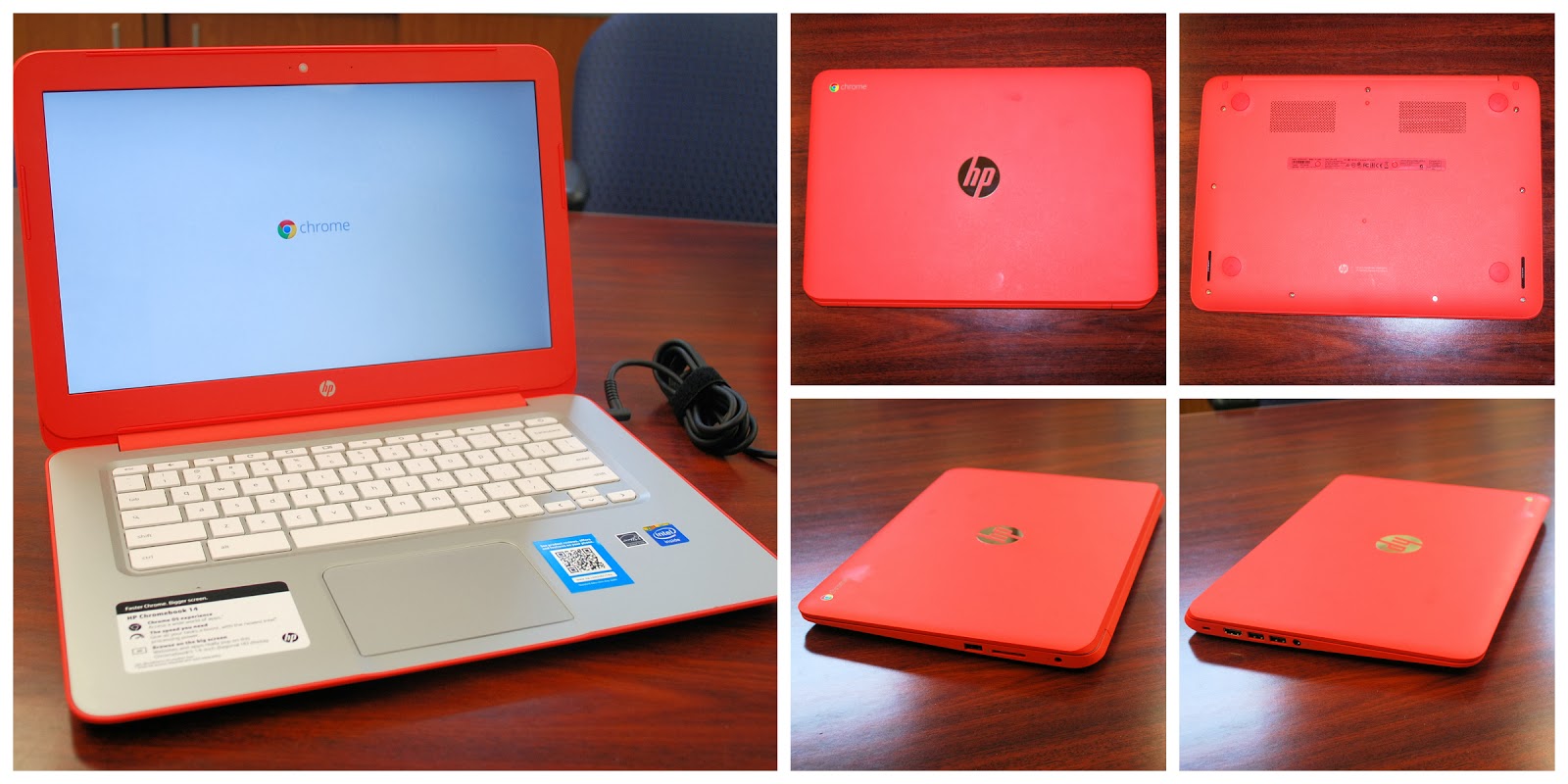 My name is Bryn and I am a junior at East Leyden High School and a student in the Technical Support Internship.  For the past few weeks, I was given the opportunity to test a variety of different model Chromebooks.  This week was no different as I was asked to use the HP 14 Chromebook in place of the Samsung Series 5 Chromebook for an entire week.  My mind was blown!

The aesthetics were definitely the first thing that I took notice of with the HP 14.  The HP 14 is significantly larger than my Samsung Chromebook (HP14 specs: 13.56 x 9.44 x 0.81 in.), as well as every other Chromebook I tested (HP 11 and Acer C720).  This can be both negative and positive.  Negative because the device is not as easily portable as other smaller Chromebooks.  Positive because the larger size makes the Chromebook feel more substantial and durable.  The larger size also makes the user feel like they are using a MacBook or Ultrabook.  Now to the color.  It is hard not to notice the bright “salmon” color of the exterior.  While the salmon color may not be everyone’s preferred choice of color, it looks a lot cooler than my Samsung’s dull black exterior or the Acer’s standard grey.

With each Chromebook I tested the number of ports increased and the technology used for the ports advanced.  The HP 14 is no exception.  There are eight ports: SD Card port, anti-theft port, charging port, audio port and three 3.0 USB ports. The HP14 Chromebook lasted me 2 full school days without having to charge it. Of all the Chromebooks tested, the HP has the longest battery life.

The speed of the HP Chromebook was quicker than the Samsung and the Acer C720 Chromebook. This particular Chromebook was faster with regards to boot-up time and loading internet pages.

As expected with a larger device, the keyboard was larger in width than the other Chromebooks; however, it did provide the smoothest typing experience of all.  The keys are flat and sleek but have enough depth (vertical height) to make typing easy.  This keyboard was a nice blend of the the HP 11 and the Acer C720.

I have one complaint about the HP 14: the trackpad.  While I do believe the trackpad on the HP 14 is superior to the trackpad on the Samsung Series 5 Chromebook, I did experience one issue while using it.  On multiple occasions the trackpad did not register my right and left clicks; however, the problem resolved itself after a few seconds. In any event, this is clearly very inconvenient to a user.

As a final conclusion, I am indeed impressed with the HP 14 Chromebook.  So impressed that I was extremely disappointed to give it up after a week’s time.  Of my Samsung Series 5 Chromebook and the three Chromebooks I tested (Acer C720, HP 11 and HP 14), this Chromebook is by far the nicest.  I appreciated the aesthetics, screen, keyboard and battery life.  And while I did experience a slight glitch with the trackpad, I still feel that the positives outweigh this one negative.

My name in Antonio and I am a senior at West Leyden High School in the Tech Support Internship class.  The HP Chromebook 14 is the third new Chromebook model I tested.  The one I received was colored Peach Coral, essentially a hot, bright, semi-sparkly pink.  The color caught the attention of many people, especially girls.  They said they liked it and would have liked to have gotten this computer instead of their black Samsung Series 5.  What caught my attention was the size of the device as well as its weight and appearance.

Its 14” glossy HD screen looked very nice.  It was similar to the HP 11, but the HP 14 did not quite display the colors as dark or as sharp as the HP 11.  The bezel around the screen was not glossy.  The area around the keyboard and trackpad was gray aluminium that may be resistant to common damage like cracking.  Also, the HP 14 was noticeably heavier and did not fit the case that I was able to use for all the other Chromebooks.

The feel of the individual keys was smoother on the HP 11, but because the HP 14 has more space around the keyboard, the general feel of typing was better and sturdier; the extra space serves as a wrist pad.  The bigger trackpad is also convenient for people with bigger hands.

The processing speed of the HP 14 is the same as the Acer C720, which runs very quickly and starts up in five seconds.  Sometimes, though, the HP 14 would run slowly at home while I would do homework, and it would disconnect from the network, but it is possible that my Internet connection was the culprit because it did not happen at school.

The sound was comparable to the Acer C720.  When I tested the audio on the HP 11, Acer C720, and HP 14 together, the HP 11 was the loudest and clearest, while the Acer and HP 14 gave the same slightly muffled sound that the Samsung does.  All except the HP 11 have the speakers on the bottom; the HP 11 projects the sound upward, and that gives it the advantage in sound.

One important thing I noticed was that the HP 14 updated before anyone’s Samsung.  Mine was the only one that had the Apps Icon all the way to the left on the bottom toolbar, and that was part of the update.  It seems the HP 14 has priority in updates, but I cannot conclude that from just one sample.

What I can conclude is that all three Chromebooks were better than the Samsung that every student at Leyden has.  All of them ran Chrome OS, started in under 10 seconds, and had excellent battery life of approximately 8 hours.  The differences were apparent in size, weight, screen type, speed, and ports available.

The HP 11 gave me the best first impression.  It looked very elegant in white and blue, and it was much lighter than any of the other Chromebooks.  The display and sound were both superb.  The main downside was the number of ports.  It had no Video In/Out or SD Card reader.  I experienced a connectivity issue where no access points were listed in the settings, but a simple restart fixed the problem.  One thing to be aware of is that there was a suspension of sales for the HP 11.  Supposedly, the chargers were overheating, so up to now, they are not available for purchase.

The Acer C720 did not look great like the HP 11.  It was gray and black with an aluminium top cover and black plastic bottom cover.  It had an overall rugged appearance that signified durability and resistance.  The vents were very visible and showed the large copper heatsink inside.  Although this may be great for preventing overheating, it did not look good nor did it add to the “durable” look.  The screen was not hi-resolution like that of the HP 11, and the whites looked a little greenish.  On the upside, the speed of the Acer was amazing, booting up in under 6 seconds.  It also performed online tasks more quickly than the HP 11.  HDMI, SD, and USB 2.0/3.0 ports were available on this device.

Last, but not least, the flamboyant HP 14 was really a mix of features from both of the previous Chromebooks.  Interestingly, it resembled an Apple MacBook Air.  The heatsink led to the screen hinge through a hidden vent, and the body seemed to get thinner toward the front.  The placing of the screws on the bottom was also similar to that of a MacBook.  I liked the feel of  typing on the keyboard and navigating with the trackpad.  They felt smooth and sturdy.  The screen was just like the HP 11.  The ports were just like Acer C720 except with two SS USB ports.  What separates this device the most from the others is the larger size and brighter color.  If it is decided to go with this model, I would recommend a neutral color like black and/or white.

From my experience on all these different Chromebook models, I suggest going with the HP Chromebook 11 for Leyden’s 1:1 program.  If the HP 11’s issue with the charger is not fixed, then I recommend the HP 14.  The Acer C720 would be the third option.  The reason why I pick the HP 11 is because it seems like the most practical for students to use.  It is light and compact, and produces very rich and crisp images and sound.   I am sure that outside guests would be impressed if they saw that every Leyden student had one of these.  Of course, it would be necessary to analyze the actual needs of students and teachers before making an educated choice.

Email ThisBlogThis!Share to TwitterShare to FacebookShare to Pinterest
Labels: 1:1, Chromebook

Stop-motion Video With Lapse It 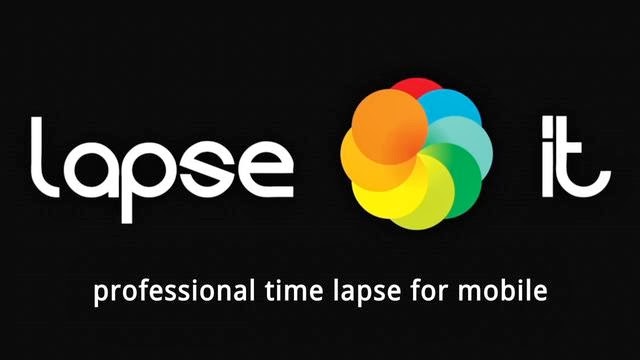 If you're looking for a mobile app to help you create stop-motion video, check out Lapse It.  It's available for both Android and iOS.  It's really easy to use and I've been very pleased with the features available in the free version.  Some ideas for use in schools could include the recording of a science experiment, the creation of a masterpiece in an art class,  the construction of a project in a woods class, the solving of an equation or proof in a math class, the cleaning up of a park for a service project, or even the transformation of a gymnasium into a magical homecoming dance venue.  Please comment with some other ideas.

Here is an example that I put together of my family setting up and decorating our Christmas tree.  I grabbed the finished product and dropped it into my video editing software to add the title and photos.

Posted by Unknown at 2:38 PM No comments: